Our last history block of 8th grade was called “The Struggle for Rights.” Using this theme as a lens into the past, students honed their understanding for the multiplicity, diversity and interrelationship of life, and connected with increasing responsibility to the necessary challenges posed by the need to live with each other in genuine freedom.  Questions, more than facts, guided our discussions.  As a culminating artistic experience, students learned the long poem, “Freedom’s Plow” by Langston Hughes.  They quickly noticed that the poem did not mention many groups who have struggled and continue to struggle for their rights: indigenous people and women, among others.  In response, they composed stanzas of their own in the style of the original which they later transformed into the following group stanzas.

We are happy to share this work with you!

I.
A long time ago, but not too long ago
Someone said:
“He has withheld her from her rights which are given to the most ignorant and degraded men –
Both natives and foreigners. Having deprived her of this first right of a citizen he has oppressed her on all sides.”
And what Elizabeth Cady Stanton and Susan B. Anthony said was true.
It wasn’t only women who suffered.
When the whites came to America
They stole the land from the indigenous tribes,
Forcing them west, taking their lives.
Ancient ways of living were destroyed.
Indigenous people were marched
To unfamiliar lands,
Holding in their hearts the hopes and dreams
Of FREEDOM!

II.
Settlers came, wanting to be master of all,
Without respect for the land and the people already there,
And drove them out from their peaceful homes.
Tribes eradicated,
Battles fought,
Blood drawn.
Few remained, none thrived.

III.
A long time ago, but not too long ago,
The nation expanded westward, seeking a greater freedom.
The price for freedom was paid by people,
People who had nourished this land long before it became
America.
With the help of native hands, they began to grow this land.
As towns and cities grew, native people were pushed
From their homes.
From their sacrifice and the help of their hands,
We built America.
All men are created equal,
That is a great American ideal,
But the day will come when the ideal must triumph
And the American goal of centuries will be fulfilled.

IV.
A long time ago,
But not too long ago,
America was expanding, growing,
But at a cost.
Spreading through the land,
The colonists came,
Building houses and barns,
Communities and farms.
Spreading sickness and disease
Among the native people,
Pushing them off the land,
Slaughtering many.
The cost for America was the death of millions.
America as a whole was bloody and suffering.
People persevered, America toiled,
Survived.

Below, please watch the 8th grade perform the poem “Freedom’s Plow” in the amphitheater.

Yesterday, Dean and Jason, two representatives from the Coast Miwok Tribal Council, joined our faculty and staff on campus. We gathered in the shade of Grandmother Oak, where Dean and Jason spoke their truth, told us about their ancestors, shared their knowledge of the land, and invited us to reflect more deeply on the place we live, the land our school occupies, and the history we teach. It was a fitting start to a school year that will begin during a global pandemic, and one in which the natural world (particularly the beautiful valley oaks and bay laurel trees on our campus) will play an outsize role in our experience. To conclude, they joined us in a walk-through of our school’s outdoor classrooms, in preparation for our students’ arrival.

During the past month, our faculty and staff have been like busy bees, buzzing around campus (literally) with saws, drills, and pick-up trucks, assembling the outdoor classrooms. We have been ticking off the to do list and distributing Humanity Shields and hand sanitizer. We have been making safety plans and obsessively monitoring the air quality.

With so much to do, it felt impossible to slow down … until we were all gathered in the shade of the oak trees yesterday afternoon. Our guests, and the moment of reflection they inspired in us all, rejuvenated our mood, preparing us mentally and spiritually to welcome our students back to campus.

Dean and Jason, thank you! We hope we will continue to learn from you and the land this year, and into the future.

As we mourn yet another senseless death of a Black man at the hands of police and continue to see the lives of Black, Brown and Indigenous people compromised and threatened, we are continuing to dedicate ourselves to the work of social justice and bringing your children an antiracist education.

Our faculty and staff have taken up individual and collective work over the summer in looking at our curriculum with an equity lens, adding books to our libraries, creating or purchasing art that represents Black, Brown and Indigenous people, and developing ideas to broaden and strengthen our curriculum content. We have purchased crayons for each class which will broaden the capacity for different skin tones, and have watched a tutorial on how to use our colors for many various shades. But know that the work both continues and goes much deeper than that.

This summer, we welcomed Randolph Carter (bio below) to guide us through a DEI (diversity, equity, inclusion) training.  As part of our DEI intensive, we read thought provoking articles, we took racial antibias tests put forth from Harvard University. It was an eye opening exercise we invite you to explore: https://implicit.harvard.edu/implicit/takeatest.html.

We looked at our own biographies and conversed about ideas related to bringing a strong antiracist education to Marin Waldorf School. Faculty and staff were grateful to share together and to deepen our understanding. We are pleased to announce that we will continue our relationship with Randolph, as we have brought him on board as an outside consultant to work with the DEI group, the staff and faculty, and the extended community.

We look forward to welcoming parents into the conversation in a formalized way, and in the meantime encourage you to reach out to us at dei@marinwaldorf.org with any comments and or questions.

As both the founder of East Ed and a member of the Black Panther Party, Randolph has devoted his career to promoting equity and diversity in education and communities. He is currently directing the campus diversity efforts at Portland Community College, Cascade Campus. He was a Fellow in the Harvard University School Leadership Program, Graduate School of Education, where he received a master’s degree in education with a school leadership qualification. He is currently a doctoral student in the School of Education Leadership and Change at Fielding University.

He was a middle school reading specialist, a school administrator, and while at the National Association of Independent Schools, he directed their equity programming and founded two of their signature projects: People of Color Conference and Student Diversity Leadership Conference. Randolph has also served on numerous school boards, including Fielding Graduate University and the Institute for Community Enrichment. He is a member of the Education Committee of the New Press. His publications include peer-reviewed articles and book reviews published in national journals. 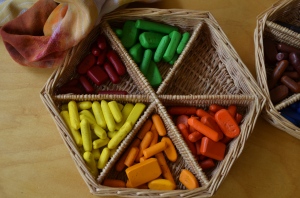